The early encounter with the northernmost part of Vendsyssel influenced Arne L. Hansen (1921-2009) throughout his artistic career. From 1950, he spent his summers in Skagen where he found inspiration in both the area's architecture and landscape.

Old farms with timber framing were transformed into constructivist statements about line, surface and colour on the canvas. Studies of light resulted in landscape scenes with variations over time and season that captured the atmosphere of the moment.

Listen to the audio guide below.

The audio guide is based on quotes from sources such as news paper- and TV-interviews, books etc., and is produced by Heysound. 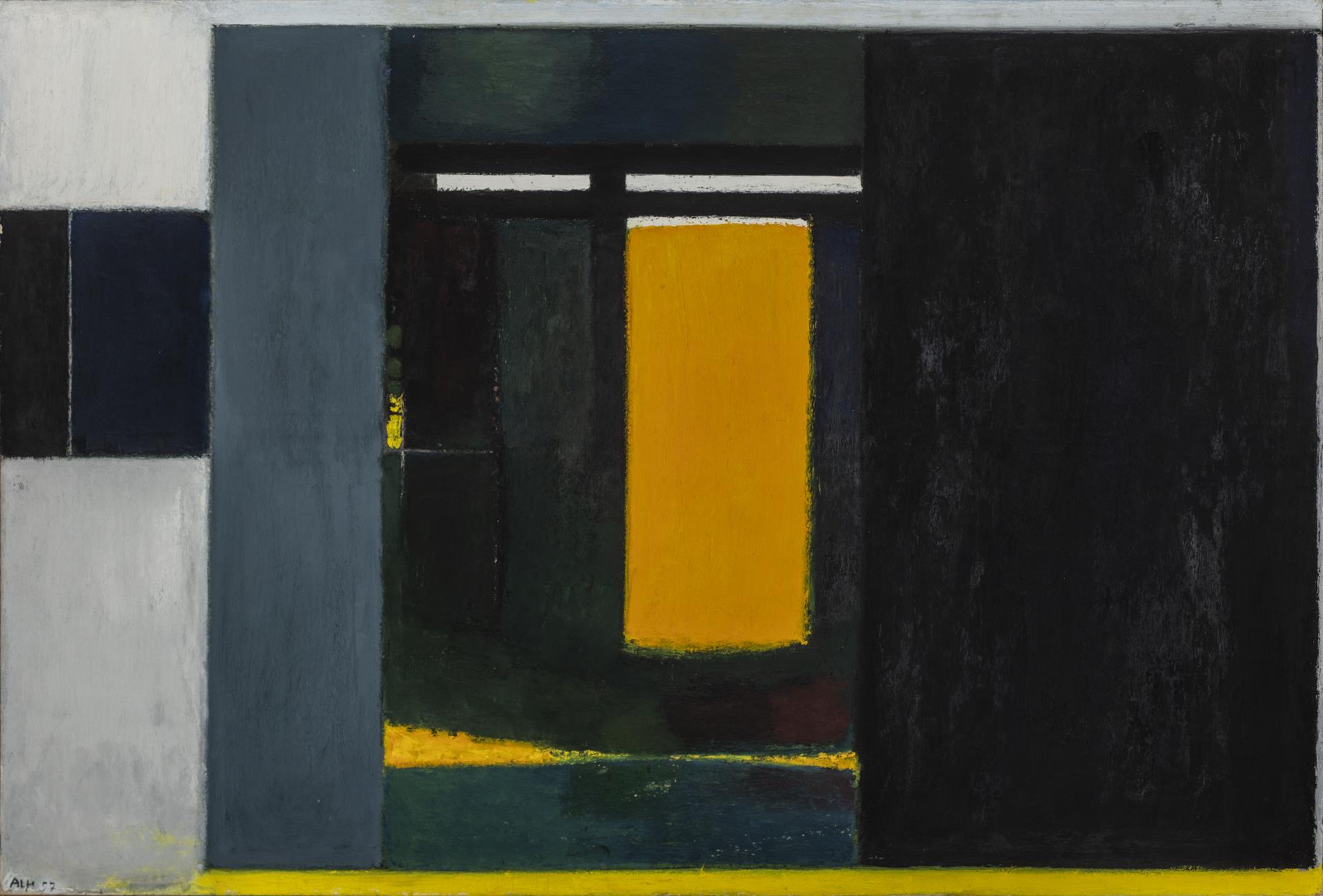